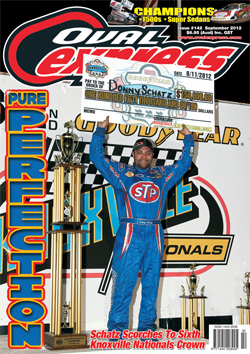 * 2012 Goodyear Knoxville Nationals Part 1
- Our detailed and extensive coverage direct from the world's biggest Sprintcar extravaganza all but transplants you deep into America's Mid West.

* Plus Sydney Speedway Poster inside.